The rapid development of the global economy has been accompanied by the rapid development of the cultural and entertainment industry. Gaming is a hot and burgeoning market in recent years, which bringing huge economic benefits, whether in terms of handheld games, e-sports, or consoles. With the investment of capital from all parties, the market is still expanding further. The introduction of excellent foreign games and how to obtain greater international competitiveness for emerging domestic games at sea have become the main issues for consideration.

In addition to translation, localization and globalization are all factors to be considered for the successful global distribution of games. Localized translation of games means providing players in the target market with an interface that is consistent with the original content and provides a feel and gaming experience that is faithful to the original version. A poorly translated game can be a major disappointment to the target audience, casting a shadow of failure over the release of the game in the target market and even affecting the game brand.

Currently, the global gaming industry continues to grow rapidly and the Chinese gaming market has become one of the most important markets internationally. Many game manufacturers are looking to launch multi-lingual versions of their games alongside their native language products.

Key points of game localization: (clickable, hover, display, too many words affecting the interface, use typography to hide)

Player orientation: the target audience for game localization is the gamer, and the localized content is ultimately presented to the player. As with other subject areas (e.g. marketing), there are subdivisions of games themselves, such as casual, competitive, role-playing, shooting, etc., so the target audience will vary. Adjustments need to be made accordingly when completing a localization project, choosing a translation style appropriate to the type of game so that the style of the localized content remains consistent with the original style of the game.

Creative translation: As many games are not based in the real world, be it magic, sci-fi, futuristic or ancient, the content is often pie-in-the-sky and set in a very different new world. As a result, we often encounter many words, content or concepts created out of thin air when localizing. In such cases, it is necessary for the translator to translate creatively, without being rigid and, in some cases, appropriate, within the context of the game's content as a whole. An example worth mentioning here is the recently popular game "Jedi survival", where the words "Winner winner, chicken dinner" appear on the screen after a player has won first place. Da Ji Da Li, chicken dinner tonight". This is not a word-for-word translation, but it has worked wonders, with many Chinese gamers referring to the game and even the series by the phrase "eat chicken".

Understanding the original text: In the practice of game localization, it is often difficult to understand the original text, or if you have no idea what to do with it, it is often due to the nature of the game itself. Because games are inherently procedural, sometimes the content to be localized may contain a large number of isolated words and phrases, with no context at all, leaving the translator confused. Therefore, when completing a game localization assignment, it is important to take a holistic view of the game, to have a general understanding of the game and, if it is a large project and there is plenty of time, to at least take the time to try out the game, as this will help you to grasp the content and style of the game and to understand the original text. It is also important to communicate with the client when you encounter problems, and to ask them to provide relevant reference material if necessary to help you understand.

Consistency: When localizing a game, it is important to pay attention not only to the consistency of the project itself, but also to whether the game is part of a series. If so, it should be consistent with the translations used for previous works. If the client has provided a previous memory bank, consistency is fine; if not, the translator should also check on this. As a simple example, Lara Croft, the heroine of the Tomb Raider series, has been translated as "Lara Croft" in previous titles, and using a different translation (e.g. Lola Croft) may be uncomfortable for loyal fans of the series. Because gamers, especially those of such large series, who tend to have a sense of sentimentality should be accommodated by the translator.

Game terminology: due to the specific nature of the games themselves, there are often a large number of terms and abbreviations that are sometimes difficult to find through the usual dictionaries and even more difficult to understand for those who do not play the games. For example, in League of Legends, ADC refers to the physical output core and APC to the magic output core. There are also cases where words used in everyday life have different meanings in games, for example the word boss in games often refers to a character in a level that is difficult to challenge at a certain stage.

This is why we need to use search engines to find relevant information when understanding and translating, and to gather knowledge in our daily games. As far as abbreviations are concerned, if most gamers are familiar with them and use them frequently, it is worth keeping the original abbreviations to facilitate both player understanding and the organization of the language when localizing.

Abbreviations/legal issues: For various reasons, many games are not provided with an official Chinese version after release, thus many folk Chinese translation groups have emerged in China, composed of game enthusiasts, who will localize the content and release it for the convenience of Chinese language players. This is especially true in the Traditional Chinese market, where there are many private localization groups. We, as localization practitioners in the Simplified Chinese market, should be careful to refer to folk Chinese translations when localizing such games for official use, and should not copy the original text or adopt it in large quantities, which may affect our company's reputation at best or invite legal disputes at worst. In addition, as some games are not officially released at the time of localization, the content of the game may still be kept secret, and localizers should be careful not to divulge the content, which could lead to legal problems. 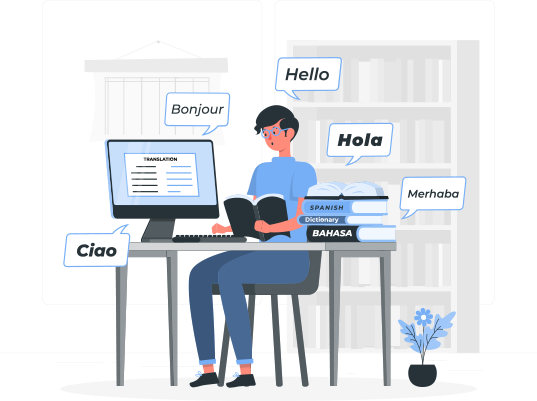